Does it get much better than Richard Yates? I’m not sure that it does. That’s certainly my feeling after rereading his 1976 novel, The Easter Parade. According to the quotes at the beginning of the book, Joan Didion considers it to be Yates’ best novel, and I can understand why. It’s a desperately sad story, one that taps into a familiar theme in this author’s work: the search for happiness and fulfilment that always seem to elude his characters. Despite the deep sense of sadness running through the novel, this is a wonderful book. It has left me keen to read more of Yates in the future. 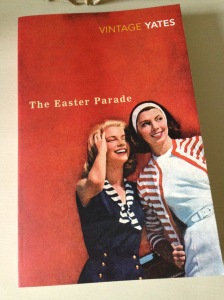 The Easter Parade follows the lives of two sisters, Sarah and Emily Grimes, from their childhood through to middle age. Neither of the sisters seems destined to live a happy life, and the novel makes this clear from the opening line. By 1930, their parents are divorced, and the girls go to live with their mother in a rented house in New Jersey. The mother, Pookie, is a bit unstable. She aspires to belong to a higher social class, to live in a bigger and better house. Just as the girls get settled in one home, Pookie insists on moving them to another. In short she is constantly seeking the finer things in life.

One of the pleasures of this novel (and this author’s work in general) is Yates’ ability to capture a sense of character in just a few short sentences. Here’s how he introduces Pookie:

Esther Grimes, or Pookie, was a small, active woman whose life seemed pledged to achieving and sustaining an elusive quality she called ‘flair.’ She pored over fashion magazines, dressed tastefully and tried many ways of fixing her hair, but her eyes remained bewildered and she never quite learned to keep her lipstick within the borders of her mouth, which gave her an air of dazed and vulnerable uncertainty. (pg 7, Vintage Books)

The girls have a somewhat idealised view of their father, a copy-desk writer for the New York Sun newspaper, whom they visit every now and again. He dies young from pneumonia although there are hints of a reliance on alcohol and cigarettes which may well have contributed to his death.

The focus of the story is the different paths the two girls follow in their lives, each of them yearning for happiness, neither of them finding it within their grasp. Sarah is four years older than Emily. As a young woman, she is curvy, attractive and her father’s favourite. Keen to get married and settle down, Sarah marries Tony, a well-educated, handsome young man with the look of Laurence Olivier about him. They go to live in a country cottage within the grounds of Tony parents’ estate in St. Charles, Long Island. Three sons follow within the space of a few years. On the surface, everything appears rosy, but as this is a Richard Yates novel, we know that’s not going to be the case here.

By contrast, Emily’s life follows a more independent route than that of her sister. Emily is tall, rather flat-chested and perhaps a little plain compared to Sarah. There is a sense of vulnerability about Emily’s character. At first she appears somewhat self-conscious, especially in the shadow of her older sister, but as the years slip by she grows in confidence. The novel focuses on Emily, so we see most of the story from her point of view. She gains a scholarship to Barnard College and her education enables her to find work as a librarian, a journalist, and ultimately as a copywriter in an advertising agency. At Barnard, she meets and marries a philosophy grad assistant named Andrew. The marriage, however, is a disaster – blighted by Andrew’s bitterness over his impotence – and so the couple separate within a matter of months.

While working on the editorial staff of a trade journal, Emily falls for her editor, a divorcee and published poet named Jack. They move to Iowa when Jack lands a role teaching at a writer’s workshop at the university there. At first everything seems to be going well, but as Jack struggles to complete his next book, everything starts to fall apart. A holiday to Europe turns sour leaving Emily feeling more alone than ever before.

‘It isn’t you; why do you always think everything’s you? It’s just – it’s just that this is my first night in a foreign country and it’s made me feel so vulnerable.’ And that was true enough, she decided as she got up from the bed to blow her nose and wash her face, but it was only part of the truth. The rest of it was that she didn’t want to travel with a man she didn’t love. (pgs. 112-113)

During the years that follow, Emily goes from one doomed relationship to another, forever seeking the love and companionship of a stable partner. While she continues to hope things will finally come together, there is occasionally a feeling of relief if they don’t.

As the cab pulled away she turned around in the heavy scent of roses to see if he would wave, but she caught only a glimpse of his back heading into the sidewalk crowd.

Except that she wanted to cry, she didn’t really know what she felt. She tried to figure it out all the way home until she discovered, climbing the stairs, that she felt a great sense of relief. (pg. 62)

As the years pass, the sisters drift apart. While Emily grows increasingly lonely, cracks begin to appear in Sarah and Tony’s marriage. When Emily meets her sister for lunch in town one day, she finds her much changed. Sarah appears so much older than her forty-one years, her faced lined and shadowed, her hand permanently clutching a glass of martini. At first, Sarah is keen to maintain appearances – she pretends everything is okay, resorting to drink as she attempts to wipe away the reality of her life with Tony. By the evening, however, it becomes clear that she is the victim of domestic abuse. In a particularly painful scene, Sarah calls her sister from a hotel; when Emily goes to see her sister, she urges her to leave Tony.

The only important thing now is to make up your mind. Either go back to St. Charles, or start a new life for yourself here.’

Sarah was silent, as if pretending to think it over for the sake of appearances; then she said ‘I’d better go back,’ as Emily had known she would. ‘I’ll take the train back this afternoon.’

‘We need each other.’

So it was settled. Sarah would go back; all of Emily’s days and nights would be free for Michael Hogan, and for whatever man might follow him in the long succession. She had to admit she was relieved, but it was a relief that couldn’t be shown. ‘And what you’re really afraid of,’ she said, intending it as a kind of taunt, ‘what you’re really afraid of is that Tony might leave you.’

The underlying tragedy of these sisters’ stories is that they each crave a little part of what the other one has in her life and yet they seem unable to share their true feelings with one another. In her younger days, Sarah aspires to be a writer, but her promising start in putting together a book of letters falls by the wayside; her duties as a wife and a mother must come first. Sarah envies her sister’s independence, and yet she is unable to break free from Tony even though she knows her situation is likely to deteriorate even further over time.

Emily, on the other hand, longs for a different type of fulfilment: the stability of a permanent relationship. Not quite the type of marriage that Sarah has made with Tony, but something more loving, more caring.

By the end of the novel, I found myself wishing they had been able to help and support each other more along the way. If so, perhaps things would have turned out differently for both of them…

Update: Kim (at Reading Matters) and Carly (guesting at tomcat in the red room) have also reviewed this novel – just click on the links to read their excellent reviews .

68 thoughts on “The Easter Parade by Richard Yates” 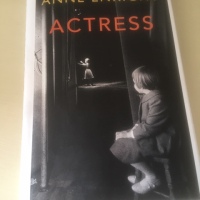 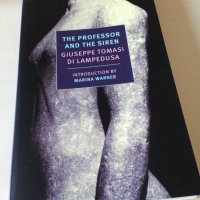 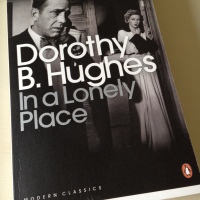 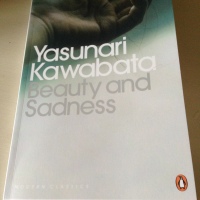 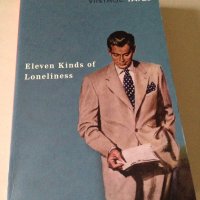 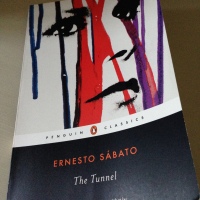 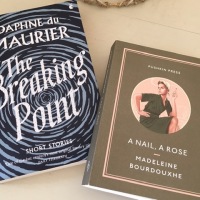 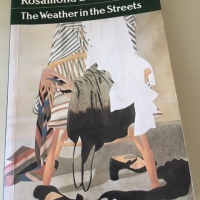