Back in April 2016 I read Elizabeth Bowen’s The Death of the Heart, a brilliant book that made my end-of-year highlights – you can read my review here. First published in 1927, The Hotel was Bowen’s first novel. It’s a striking debut, a story of unsuitable attachments and the subtle dynamics at play among the members of a very privileged set, all cast against the backdrop of the Italian Riviera in the 1920s. 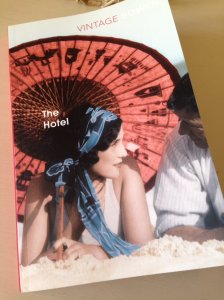 In many ways, the novel revolves around Sydney Warren, a somewhat remote yet spirited young woman in her early twenties. Sydney has come to the hotel to accompany her older cousin, Tessa Bellamy, who in turn is trying to deal with a gastric condition. Sydney’s family are delighted that she has travelled to Italy with Tessa, viewing it is an ‘inspired solution of the Sydney problem’, in their eyes something to counterbalance the girl’s leaning towards the neurotic and her tendency to be ‘so unfortunate in her choice of friends’. For her part, Sydney has developed a rather unhealthy attachment to another resident, Mrs Kerr, an intriguing, self-assured woman in her forties. While Mrs Kerr is a widow, she appears to act more like a divorcee; at least that’s the opinion of several of the other guests at the hotel who seem enjoy speculating about Mrs Kerr and the nature of her relationship with Sydney. I love this next quote, a passage of dialogue so indicative of Bowen’s penetrating tone. In this scene, Tessa is in conversation with several other ladies in the hotel drawing-room.

‘She is very much…absorbed, isn’t she, by Mrs Kerr?’

‘I have known other cases,’ said somebody else, looking about vaguely for her scissors, ‘of these very violent friendships. One didn’t feel those others were quite healthy.’

‘I should discourage any daughter of mine from a friendship with an older woman. It is never the best women who have these strong influences. I would far rather she lost her head about a man.’

And so the discussion continues in a similar vein.

Other notable guests at the hotel include Mr and Mrs Lee-Mittison, the Ammerings and their son Victor and the Lawrence girls, Veronica, Eileen and Joan. Mr Lee-Mittison is determined to surround himself with the beautiful, refined young people, and there are some classic scenes involving a picnic he attempts to orchestrate with mixed results. While the Lee-Mittisons are very happy for Sydney and the Lawrence sisters to attend, they are none too pleased when Victor Ammering shows up on the scene, much to Veronica Lawrence’s amusement when she goes off with the young man. For her part, Mrs L-M, a devoted wife, will do anything she can to ensure her husband’s social events are a success. It’s all quite amusing to observe.

Also staying at the hotel are Miss Pym and Miss Fitzgerald, genteel elderly ladies very much of the type depicted in Fawlty Towers, and two sisters-in-law, the Honourable Mrs and Miss Pinkerton, who have paid extra to have exclusive use of the bathroom opposite their rooms. When middle-aged clergyman James Milton arrives at the hotel following a long train journey across the continent, unaware of the bathroom arrangements he goes for a long soak in the Pinkertons’ bath, much to the consternation of the ladies on his floor.

James Milton’s appearance on the scene shakes things up a little in more ways than one. In the hope of attracting Sydney, he rushes out a terribly ill-judged proposal of marriage to her during a walk in the countryside (there is a sense that he is comfortable operating within his own relatively small circle of society, but much less so in this wider sphere). Sydney declines, giving James the impression that there is no point in his holding out any hope of a change in heart; but then the situation changes once again with another arrival, that of Ronald, Mrs Kerr’s twenty-year-old son. Before long, Sydney realises that Mrs Kerr has given her the brush off in favour of Ronald, a fact that becomes painfully clear to her during a conversation with Veronica Lawrence. Once again, Bowen demonstrates great insight and precision in painting this scene; here’s a brief extract from the extended discussion between these two girls.

‘Well, she has so absolutely given you the go-by, hasn’t she?’ said Veronica, replacing the alabaster lid of the powder-bowl, then looking down to blow some powder off her dress. ‘It was “Sydney this” and “Sydney darling that” and “Where’s Sydney?” and “Sydney and I are going together,” and now he’s come she simply doesn’t see you.’

Sydney, after an interval, leant sideways to push the window farther open. She seemed to have forgotten Veronica, who energetically continued: Of course I’m sorry for you. Everybody’s sorry for you.’

‘Do you mind the way she’s going on?” asked Veronica curiously.

‘It hadn’t occurred to me that there was anything to mind,’ said Sydney with a high-pitched little laugh and a sensation of pushing off something that was coming down on her like the ceiling in one of her dreams. It seemed incredible that the words Veronica had just made use of should ever have been spoken. (p. 117)

In a rebound response to being sidelined by Mrs Kerr, Sydney agrees to marry James Milton, a development also prompted, at least to a certain extent, by Veronica’s attitude towards marriage. In many ways, Veronica sees marriage to a man as an inevitable outcome for a woman in her position – so if she has to marry someone it may as well be Victor Ammering, to whom she has just become engaged.

It is from this point onwards in the novel that Mrs Kerr’s cruel, manipulative steak really starts to show itself. When James reveals his engagement to Sydney, Mrs Kerr carefully plants the seeds of doubt in his mind. To say any more might spoil the story, but it’s a brilliant scene, beautifully observed.

The Hotel feels incredibly accomplished for a debut novel, full of little observations on human nature and the dynamics at play. In some ways, it could be seen as a cold book as there is very little warmth or affection in most of the relationships depicted here. That said, I certainly don’t mean this as a major criticism – it seems to be a function of the characters and the society in which they find themselves. These people are gravitating towards one another for convenience and perhaps a vague kind of protection or social acceptability. Veronica seems to be making do with Victor; while happy enough, she doesn’t appear to be in love with him, although that might come in time. James is on the lookout for a wife, and Sydney seems to fit the bill. As for Sydney herself, I feel for her even though she behaves rather foolishly, especially towards James. She is young and inexperienced, and the worldly Mrs Kerr has clearly toyed with her affections. By the end of the story, Sydney sees her sophisticated friend for what she really is: a rather spoilt, insensitive woman.

This is a novel to be read slowly. At times, Bowen’s prose can appear rather dense and intricate, but it does rewards the investment in time and concentration. As one might expect, Bowen is excellent when it comes to capturing the atmosphere of this elite world, complete with its tennis matches, picnics and tiresome excursions to places of interest. She is particularly good on hotel etiquette. I’ll finish with a passage on the social codes at lunch, so typical of this author’s keen eye for detail.

Beyond, down the long perspective to the foot of the stairs, one could see visitors take form with blank faces, then compose and poise themselves for an entrance. Some who thought punctuality rather suburban would gaze into the unfilled immensity of the room for a moment, then vanish repelled. Others would advance swimmingly and talk from table to table across the emptiness, familiarly, like a party of pioneers. Men came in without their wives and did not always look up when these entered. Women appearing before their husbands remained alert, gazed into an opposite space resentfully, and ate with an air of temporizing off the tips of their forks. When the husbands did come in it seemed a long time before there was something to say. It seemed odder than ever to Sydney, eyeing these couples, that men and women should be expected to pair off for life. (pp. 23-24)

I read this book with Dorian (of the excellent Eiger, Mönch & Jungfrau blog). You can find his terrific analysis here.

The Hotel is published by Vintage Books; personal copy.

55 thoughts on “The Hotel by Elizabeth Bowen” 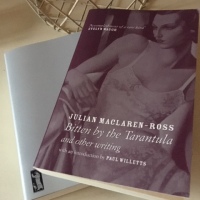 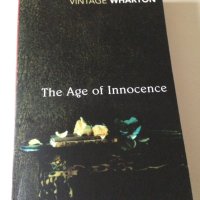 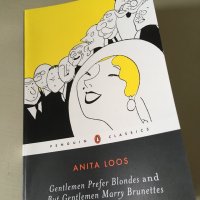 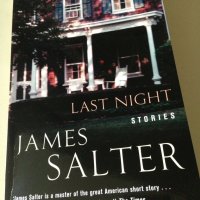 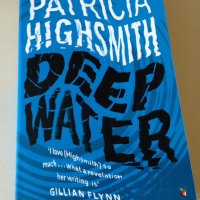 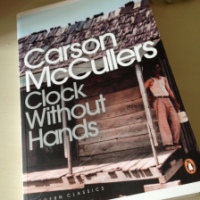 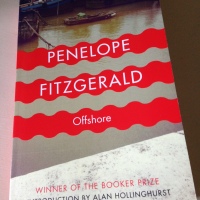 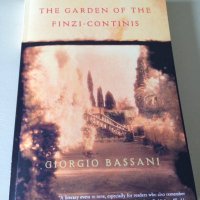 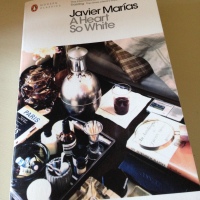