Regular readers of this blog will probably experience a strong sense of déjà vu when they scan through my list of favourites from 2018, such is the familiar nature of the selection. Several of the authors listed here have already appeared in some of my other best-of-the-year posts, writers like Elizabeth Taylor, Barbara Pym and Dorothy B. Hughes – it’s getting to the point where they’re virtually guaranteed their own dedicated slots! In other words when it comes to reading, I know what I like, and I like what I know.

Still, there are a few *new* names in this year’s line-up, writers like William Trevor, Dorothy Whipple and Brian Moore, all of whom I’d like to revisit in the future.

Anyway, without further ado, here are my favourites from 2018 in order of reading. These are the books I loved, the books that have stayed with me, the ones I’m most likely to recommend to others. I’ve summarised each one in this post, but you can read the full reviews by clicking on the appropriate links.

A View of the Harbour by Elizabeth Taylor

What better way to kick off the year than with this early novel by Elizabeth Taylor, a beautifully crafted story of the complications of life, love and family relationships, all set within a sleepy, down-at-heel harbour town a year or so after the end of WW2. It’s a wonderful ensemble piece, packed full of flawed and damaged characters who live in the kind of watchful environment where virtually everyone knows everyone else’s business. Probably my favourite book of the year – fans of Penelope Fitzgerald’s The Bookshop will likely enjoy this.

The Boarding-House by William Trevor

I loved this darkly comic novel set in a South London boarding house in the mid-1960s. Another excellent ensemble piece, this one focusing on the lives and concerns of a disparate group of lost souls, each with their own individual characteristics and personality traits. A wickedly funny tragi-comedy of the highest order, this claims the spot for my boarding-house novel of the year. (That said, I must mention Patrick Hamilton’s Craven House in this context – not a perfect novel by any means but a hugely enjoyable one nonetheless.)

The Expendable Man by Dorothy B. Hughes

A young doctor picks up a dishevelled teenage girl on a deserted highway while driving to a family wedding. What could possibly go wrong? Pretty much everything as it turns out in Hughes’ seriously gripping novel set in 1960s America. There’s a crucial ‘reveal’ at certain point in the story, something that may well cause you to question some of your assumptions and maybe expose a few subconscious prejudices too. A truly excellent book, beautifully written, this proved a big hit with my book group.

The Haunting of Hill House by Shirley Jackson

Last year Shirley Jackson made my ‘best-of’ list with her gothic masterpiece We Have Always Lived in the Castle. Now she’s back again, this time with The Haunting of Hill House a brilliantly unsettling book that relies more on the characters’ fears, imaginations and terrors than any explicit elements of horror or violence. Hill House itself, with its curious, labyrinthine design and off-kilter angles, is an imposing presence in the novel, a place marked by its complex and ill-fated history. Also central to the story is Eleanor Vance, a rather reclusive, childlike woman in her early thirties who travels to Hill House at the invitation of Dr Montague, an academic with an interest in the paranormal. The way that Jackson illustrates the gradual falling apart of Eleanor’s mind is very effective, encouraging the reader to come to their own conclusions about the young woman’s sanity. An unnerving exploration of a character’s psyche.

Jane and Prudence by Barbara Pym

Another sparkling addition to Pym’s oeuvre, Jane and Prudence is a charming story of unrequited love, the blossoming of unlikely relationships, and the day-to-day dramas of village life. Once again, Pym shows her keen eye for a humorous scenario and an interesting personality or two. Her trademark descriptions of food and clothing – hats in particular – are also in evidence. As the story plays out, there are some unexpected developments, one or two of which show that we can find solace and a form of love in the most unlikely of potential partners. Possibly my favourite Pym to date.

A wonderful collection of stories featuring ordinary British people – mostly women – trying to cope with the day-to-day realities of life on the Home Front during WW2. We see women trying to accommodate evacuees from the city, making pyjamas for soldiers overseas, or doing their best to maintain some degree of normality around the home in the face of constrained resources. Panter-Downes’ style – understated, perceptive and minutely observed – makes for a subtly powerful effect. She is particularly adept at capturing the range of emotions experienced by her characters, from loneliness and longing to fear and self-pity. Probably my favourite collection of short stories this year, although Maeve Brennan’s The Springs of Affection comes a very close second.

The Cry of the Owl by Patricia Highsmith

A book powered by Highsmith’s trademark interest in decency and morality, The Cry of the Owl appears to start off in traditional psychological thriller territory only to shift towards something a little more existential by the end. The story centres on Robert, a deeply lonely man who finds some comfort from naively observing a girl through her kitchen window as she goes about her domestic routine. What really makes this novel such a compelling read is the seemingly unstoppable chain of events that Robert’s relatively innocent search for solace kicks off. We are left with the sense of how powerless a man can feel when he his actions are judged and misinterpreted by the supposedly upstanding citizens around him, especially when fate intervenes. Highly recommended for lovers of dark and twisted fiction.

What can I say about this classic spy novel that hasn’t been said before? Probably not a lot, other than to reiterate that it’s a masterclass in how to tell a complex, gripping story without having to rely on lots on clunky exposition along the way. While the plot may appear somewhat confusing at first, Le Carré trusts in the intelligence of his readers, knowing their perseverance will be rewarded in the end. The tense and gritty atmosphere of Berlin is beautifully conveyed, perfectly capturing the political distrust and uncertainty that prevailed during the Cold War of the early ‘60s. A thoroughly engrossing book from start to finish.

Someone at a Distance by Dorothy Whipple

My first experience of Whipple’s work but hopefully not my last. The central story is a timeless one, focussing as it does on the systematic destruction of a loving marriage, brought about by a venomous serpent in the Garden of Eden. Whipple captures everything with such skill and attention to detail that it feels so compelling, pushing the reader forward to discover how the narrative will end. In writing Someone at a Distance, she has created a really excellent novel about the fragile nature of love and the lives we build for ourselves. Possibly one for fans of Elizabeth Taylor and Elizabeth Jane Howard.

Deceptively straightforward and engaging on the surface, After Midnight is in fact a very subtle and insightful critique of the Nazi regime, written by an author who experienced the challenges of navigating the system first-hand. A little like The Artificial Silk Girl (also by Keun), the novel is narrated by a seemingly naïve and engaging young woman, Sanna, who turns out to be somewhat sharper than she appears at first sight. A fascinating book, one that provides a real insight into how easily a society can shift such that the unimaginable becomes a reality as a new world order is established. My favourite read in translation this year, although The Burning of The World, a remarkable WW1 memoir by the Hungarian writer Béla Zombory-Moldován, also deserves a mention.

If Beale Street Could Talk by James Baldwin

This is a really remarkable piece of writing, so powerful, passionate and lyrical that it’s hard to do it any kind of justice in a few sentences. The novel is narrated by Tish, a nineteen-year-old black girl who lives with her family in Harlem in the early 1970s. Tish is deeply in love with Fonny, just a regular young black guy except for the fact that he happens to be in jail, accused of a crime he clearly did not commit. It’s a novel shot through with a powerful sense of loss, of missed chances and opportunities, of familial love and familial tensions. The forthcoming film adaptation by Barry Jenkins is pretty wonderful too.

The Lonely Passion of Judith Hearne by Brian Moore

This is an achingly sad novel, a tragic tale of grief, delusion and eternal loneliness set amidst the shabby surroundings of a tawdry boarding house in 1950s Belfast. Its focus is Judith Hearne, a plain, unmarried woman in her early forties who finds herself shuttling from one dismal bedsit to another in an effort to find a suitable place to live. When Judith’s dreams of a hopeful future start to unravel, the true nature of her troubled inner life is revealed, characterised as it is by a shameful secret. The humiliation that follows is swift, unambiguous and utterly devastating, but to say any more would spoil the story. This is an outstanding novel, easily in my top three for the year. It’s also beautifully written, a heartbreaking paean to a solitary life without love.

The Girl on the Via Flaminia by Alfred Hayes

This jewel-like novel, my third by Hayes, focuses on Robert, a desperately lonely American soldier who finds himself stationed in Rome in 1944. Robert is hoping to make a simple arrangement with a local girl, Lisa – namely some warmth and company at night in exchange for a few sought-after provisions. But nothing in wartime is ever easy, and in times of unrest and uncertainty even the most straightforward of arrangements can run into complications. Another brilliant, bleak yet beautifully written book, shot through with an aching sense of pain and sadness.

So there we are, another pretty satisfying year of reading for me. I really have read some excellent books in 2018.

All that remains is for me to wish you a very Merry Christmas and all the best for the year ahead – may it be filled with plenty of bookish delights! 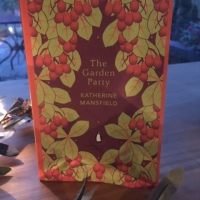 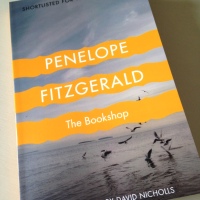