Earlier this week, I posted the first of two pieces on Wave Me Goodbye, a fascinating anthology of stories by women writers – most of whom were writing during the Second World War (or the years immediately following its end).

Viewed as a whole, this collection offers a rich tapestry depicting the different facets of women’s lives during this period. We see individuals waiting anxiously for the return of loved ones; women grieving for lives that have been lost, and marriages that have faded or turned sour. The mood and atmosphere on the home front are vividly conveyed through stories of nights in the air raid shelters and the emotional impact of the Blitz. Plus, there are glimpses of Europe too, from the ravages of war-torn France to the tension in Romania as the conflict edges ever closer.

In this second post, I’m going to cover some more highlights from the remainder of the anthology, particularly the more humorous stories and those conveying a strong sense of place. (If you missed my first post, you can catch up with it here.) 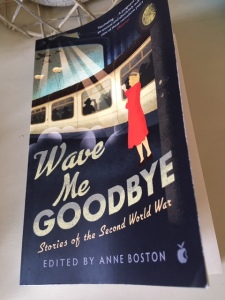 Several of the stories I covered on Tuesday were rather poignant or heartbreaking, with their explorations of loss, grief and mismatched expectations. However, there are some wonderful flashes of humour in this anthology too – pieces by Barbara Pym, Beryl Bainbridge and Margery Sharp where the comedy ranges from the dry to the mordant to the engaging and amusing.

Goodbye Balkan Capital is quintessential Pym, a beautifully observed story of two spinster sisters sharing a house together, the protagonists reminiscent of the Bede sisters from this author’s early novel, Some Tame Gazelle. As Laura listens to news of the war on the radio, she is reminded of a night spent in the company of Crispin, a dashing young man who captivated her heart at a ball back in her youth. While Laura has not seen Crispin since that event, she has followed his successful career in the Diplomatic Service over the years, his most recent role having taken him to the Balkans.

As reports come in of the Germans’ advance across Europe, Laura envisages Crispin fleeing his office at the British Legation, possibly travelling to Russia and beyond via the Trans-Siberian Express. The excitement Laura experiences vicariously by way of these imaginings contrasts sharply with the mundane realities of her life in the village. Nevertheless, her role as a volunteer in the Air Raid Precautions (ARP) unit makes Laura feel useful and valued – much to the annoyance of her sister, Janet, always the more formidable of the two.

Janet ought really to have been the one to go out, thought Laura, but she had resigned from ARP after a disagreement with the Head of the Women’s Section. It had started with an argument about some oilcloth and had gone on from strength to strength, until they now cut each other in the street. And so it was Laura, always a little flustered on these occasions, who had to collect her things and hurry out to the First Aid Post. (pp. 99–100)

This is a bittersweet story of romantic dreams and unrequited love, in which the petty slights and disagreements between the two women are captured to perfection.

In Beryl Bainbridge’s Bread and Butter Smith, a couple are plagued by the appearance of an intrusive man named Smith, who clings onto them like a limpet, forever popping up when they least expect it. This is a very funny story, shot through with the author’s characteristically black sense of humour.

When we said we wouldn’t be available on Boxing Day, he even hinted that we might take him along to Belmont Road. I was almost tempted to take him up on it. Mr Brownlow was argumentative and had a weak bladder. Constance had picked him up outside the Co-op in 1931. It would have served Smith right to have had to sit for six hours in Constance’s front parlour, two lumps of coal in the grate, one glass of port and lemon to last the night, and nothing by the way of entertainment beyond escorting Mr Brownlow down the freezing backyard to the WC. (p. 310)

Margery Sharp’s Night Engagement is another delight. In this marvellous story, told in a wonderful gossipy style, we meet Doris, a respectable girl who is on the lookout for a nice young man amidst the swathes of Londoners taking cover in the air raid shelters. When Doris finds herself thrown together with Arthur following an explosion, romance begins to blossom – something their respective mothers are all too willing to encourage.

Elsewhere, there are stories with a palpable sense of place. Pieces like Elizabeth Bowen’s Mysterious Kôr, in which a couple’s fantasies of an ideal land contrast sharply with the ghostly images of London at night.

The two sets of steps died in opposite directions, and, the birds subsiding, nothing was heard or seen until, a little way down the street, a trickle of people came out of the Underground, around the anti-panic brick wall. These all disappeared quickly, in an abashed way, or as though dissolved in the street by some white acid, but for a girl and a soldier who, by their way of walking, seemed to have no destination but each other and to be not quite certain even of that. (p. 167)

Finally, fans of Olivia Manning’s Balkan Trilogy will find much to admire in A Journey, her account of Mary Martin, a journalist who travels from Bucharest to Cluj to cover the Hungarian occupation of Transylvania.

The strange town was full of the movement of a break-up. There was a tenseness and suspicion in the atmosphere. The shop windows had their shutters up against riots. Some were shut, others had their doors half open on the chance of somebody at such a time giving thought to purchase of furniture, shoes and books. Women crowded round the grocery stores asking one another when life would be organized again and bread, milk and meet reappear for sale. Only the large café on the square that baked its own rolls, was open. A waiter stood at the door holding the handle and only opening for those whose faces he knew. Curiosity persuaded him to let Mary in. (pp. 80–81)

Like The Balkan Trilogy itself, A Journey feels inspired by some of Manning’s own personal experiences of the region. The story ends with a terrifying train journey, reminiscent of Yaki’s escape from Bucharest in The Spoilt City, as individuals try to latch onto the moving carriages in their desperation to get away.

In summary, Wave Me Goodbye offers a remarkable range of insights into women’s experiences of the Second World War, both on the Home Front and abroad. The diversity of perspectives is hugely impressive. Very highly recommended for readers with an interest in 20th-century fiction about these aspects of our social history.

Wave Me Goodbye is published by Virago Press; personal copy. 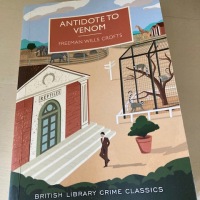 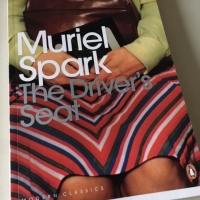 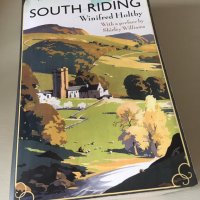 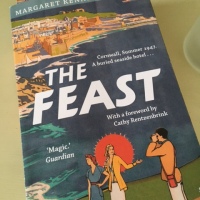 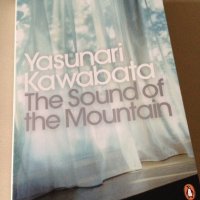 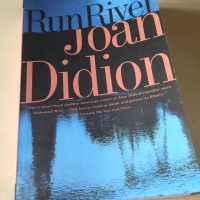 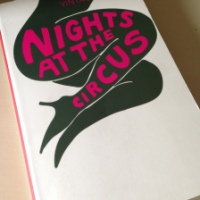 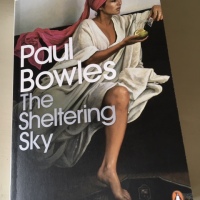 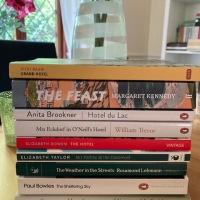