Americanah, Adichie’s third novel, gives us the story of a young Nigerian woman, Imefelu – her life, her loves and her experiences as an African woman living in America. As the novel opens, Ifemelu is planning her return to Lagos. She’s been living in America for the past thirteen years, having moved there to study, and she’s just finished with Blaine, her partner of three years. As Ifemelu prepares for her journey, thoughts of her childhood in Nigeria and life in America run through her mind.

Imefelu’s early years in Nigeria are characterised by the strength of her relationship with teenage boyfriend, Obinze (who remains to this day the love of her life). I loved this section of the book where we see key moments in Imefelu and Obinze’s relationship through secondary school and their early years at University.

As a result of strikes and disruption to her studies in Nigeria, Imefelu decides to continue her education in America, and she gains a scholarship to study in Philadelphia. And it’s here that Americanah’s focus begins to shift. As we follow Imefelu’s life as an immigrant in America, the novel starts to examine attitudes towards race, identity and all the prejudices and assumptions that surround these issues.

Looking back at the sections I’d marked while reading Americanah, I noticed that virtually all of the passages relate to this aspect of the book. To give you an example, allow me to introduce Imefelu’s former schoolmate, Ginika, who moved to America a few years earlier. When the two women are reunited in Philadelphia, Ginika, a half-caste, tries to prepare her friend:

“There’s some shit you’ll get from white people in this country that I won’t get. But anyway, I was telling them about back home and how all the boys were chasing me because I was a half-caste, and they said I was dissing myself. So now I say biracial, and I’m supposed to be offended when somebody says half-caste. I’ve met a lot of people here with white mothers and they are so full of issues, eh. I didn’t know I was even supposed to have issues until I came to America. Honestly, if anybody wants to raise biracial kids, do it in Nigeria.” (Americanah, 4th Estate)

Imefelu is struck by how much Ginika has changed since moving to the US. ‘Ginika had come to America with the flexibility and fluidness of youth, the cultural cues had seeped into her skin.’ Ginika behaves like her American friends now – the way she dresses, her poise, the American-accented words that fly out of her mouth.

At first, Ifemelu feels out of place in America, and she struggles to decode the layers and nuances of meaning that seem to elude her in this new world. On registering for school, she encounters a startling example of misplaced assumptions about her intelligence, and this opens her eyes to how others may perceive her race, accent and identity:

But when Ifemelu returned with the letter, Cristina Tomas said, “I. Need. You. To. Fill. Out. A. Couple. Of. Forms. Do. You. Understand. How. To. Fill. These. Out?” and she realised that Cristina Tomas was speaking like that because of her, her foreign accent, and she felt for a moment like a small child, lazy-limbed and drooling.

“I speak English,” she said.

“I bet you do,” Cristina Tomas said. “I just don’t know how well”

Ifemelu shrank. In that strained, still second when her eyes met Cristina Tomas’s before she took the forms, she shrank. She shrank like a dried leaf. She had spoken English all her life, led the debating society in secondary school, and always thought the American twang inchoate; she should not have cowered and shrunk, but she did. And in the following weeks, as autumn’s coolness descended, she began to practice an American accent. (Americanah, 4th Estate)

And there’s more. While searching for a job, Ifemelu meets a well-intentioned, white American woman, Kimberley, whose attempts to establish a connection come across as somewhat misguided and patronising (despite the Kimberley’s best intentions):

“What a beautiful name,” Kimberley said. “Does it mean anything? I love multicultural names because they have such wonderful meanings, from wonderful rich cultures.” Kimberley was smiling the kindly smile of people who thought “culture” the unfamiliar colourful reserve of colourful people, a word that always had to be qualified with “rich”. She would not think Norway had a “rich culture”. (Americanah, 4th Estate)

During her time in America, a soul-destroying event causes Imefelu to retreat into herself and she cuts off all contact with Obinzie, refusing even to read his emails or answer his calls. Following a long and desperate search for part-time work, she finally secures a job (as Kimberley’s babysitter), finds her feet and starts dating. First there’s Curt, a white American she meets through Kimberely, followed in time by Blaine, an African American and assistant professor at Yale.

Adichie is keen to show us that race is not discussed honestly in America. At a dinner party, Ifemelu encounters a female poet from Haiti, her Afro bigger than Ifemelu’s. The poet, clearly a liberal, claims she dated a white man for three years while in California, and that race was never an issue for them as a couple. Imefelu is incensed, and even though she realises the woman has said this ‘to keep others comfortable, and to show they appreciate How Far We Have Come’, she strikes out:

“The only reason you say that race was not an issue is because you wish it was not. We all wish it was not. But it’s a lie. I came from a country where race was not an issue; I did not think of myself as black and I only became black when I came to America. When you are black in America and you fall in love with a white person, race doesn’t matter because you are alone together, because it’s just you and your love. But the minute you step outside, race matters. But we don’t talk about it. We don’t even tell our white partners the small things that piss us off and the things we wish they understood better, because we’re worried they will say we’re overreacting, or we’re being too sensitive…

“We let it pile up inside our heads and when we come to nice liberal dinners like this, we say that race doesn’t matter because that’s what we’re supposed to say, to keep our nice liberal friends comfortable. It’s true. I speak from experience.” (Americanah, 4th Estate)

In due course, Ifemelu starts a blog (Raceteenth or Curious Observations by a Non-American Black on the Subject of Blackness in America) to relay her experiences and stimulate debate. In effect, Adichie is using Ifemelu’s blog as a means of communicating and highlighting some of the issues she wishes to raise, and it’s an interesting approach. That said, speaking personally, I found the sections detailing Ifemelu’s own experiences of living in America, and how she chooses to deal with the prejudices and assumptions of others, more compelling than the blog posts. (And the same is true of Obinze’s time as an immigrant in Britain, which forms another strand within the story.) The characters’ own experiences, thoughts and responses feel much more nuanced than Ifemelu’s Raceteenth articles, but these posts do play a valuable role in raising concerns and arguments in a stimulating and provocative way. Here’s an example from an article entitled ‘Friendly Tips for the American Non-Black: How to React to an American Black Talking About Blackness’:

Don’t say “We’re tired of talking about race” or “The only race is the human race.” American Blacks, too, are tired of talking about race. They wish they didn’t have to. But shit keeps happening. Don’t preface your response with “One of my best friends is black” because it makes no difference and nobody cares and you can have a black best friend and still do racist shit and it’s probably not true anyway, the “best” part, not the “friend” part. (Americanah, 4th Estate)

The final chapters of the novel focus on Imefelu’s homecoming to Lagos where she’s bound to run into Obinze. Ifemelu still feels a ‘small, still-burning light’ for this man, but at first glance her teenage sweetheart now appears to have the perfect life. Obinze’s a successful businessman with a beautiful, devoted wife and young daughter. But in reality, he feels tired, bloated, weighed down by his family, his big house and all the trappings of a successful life.

I thoroughly enjoyed Americanah; it’s thoughtful and thought-provoking, perhaps a bit loose and meandering in parts, but there’s a strong emotional spine within the narrative. When Naomi (at The Writes of Women blog) reviewed this book, she talked of feeling emotionally invested in Ifemelu and Obinze’s relationship and the pair’s fate, and I couldn’t put it better myself.

Americanah is published in the UK by 4th Estate. Source: personal copy.

A Wreath of Roses by Elizabeth Taylor; The Blackbirder by Dorothy B. Hughes; After Rain by William Trevor. 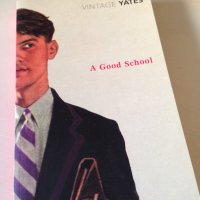 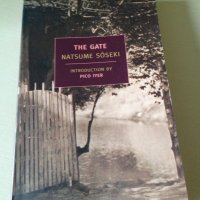 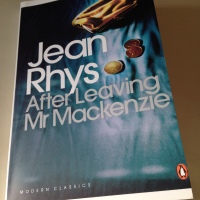