Something a little different from me today. It can be interesting to follow the development of a favourite writer to track how their work evolves over the years. In this post I’m looking at the debut novels of two masters of their craft, Patrick Hamilton and Truman Capote, delving into their literary beginnings to see how they started their careers.

A fascinating insight into how Hamilton’s work was set to develop over the years, this debut novel offers early glimpses of many of the writer’s trademark tropes – more specifically, men who become infatuated with unsuitable women; forthright comic characters complete with various eccentricities; the challenges of writing, acting and other artistic pursuits; the seedy atmosphere of Earl’s Court with its smoky bars and pubs; the lure of prostitutes and heavy drinking: and of course, the loneliness of tawdry boarding-houses and hotels. It’s a lovable little novel – rather amusing and optimistic compared to Hamilton’s other work, but characteristically strong on dialogue too.

Central to the story is eighteen-year-old Anthony Forster, a romantic, idealistic young man embarking on the first phase of his adult life in London. (Everything up to this point has merely been a prologue to this ‘true’ beginning, a curtain raiser to the main event.) With his aspirations of becoming a successful writer and poet, Anthony is in danger of daydreaming his time away, forever resolving to make a proper start on *Life* next Monday Morning.

Anthony was quite sure, really, that he would be successful in obtaining a very good journalistic position. Also he had a certain fear in the obtaining of a good journalistic position. Wemyss had frightened him with stories of frantic interviewing, reporting, and putting papers to bed. There seemed in journalism a quite unfamous, distressfully energetic note of competition. Not that Anthony did not relish a bitter fight for fame. But he did not like this way of setting about it. A far nicer way of doing it would be to starve somewhere, in a garret, writing immortal things, and being free. Even been found dead one morning in the red, new sunlight. (pp.70-71)

Very little happens in the way of plot in this novel; instead, the story focuses on experiences as Anthony searches for a meaningful purpose in life. Naturally, there is love along the way, especially when our protagonist meets Diane, a rather shallow, impetuous young girl who happens to be staying at the same Kensington hotel (the Fauconberg). Amid the heady emotions of youth, Anthony’s mood fluctuates from rushes of wild passion to periods of abject disillusionment, particularly as Diane is so capricious in nature.

In time, Anthony gets a small part in a touring play via a fellow boarder at the Fauconberg, the forthright Mr Brayne. The production takes Anthony to a range of different locations including Sheffield, Manchester and Torquay, highlighting the isolated nature of a life lived in temporary accommodation complete with all its drab associations.

Anthony had lunch at his combined room. Steak piping hot, hot plate, greasy potatoes and cabbage. And after this he lay on his bed and slept. Not sleep exactly. A worried, giddy, dim consciousness of his own cold legs, the warm pillow, the milkman’s cart outside, an occasional little shriek from an opening gate, the rapping of quick heels on the pavement, coming from afar and fading abruptly around a corner… (p.158)

While the hopeful ending might feel a little sentimental for some Hamilton enthusiasts, I loved it for its warmth and idealism.

In summary, this is a charming novel for fans of this writer’s work. Probably not the best one to try if you’re a newbie – The Slaves of Solitude or Hangover Square would be my recommendations there.

Summer Crossing by Truman Capote (written in the 1940s, published posthumously in 2005)

This vivid, eloquent novel – Capote’s first – revolves around seventeen-year-old Grady, the beautiful, headstrong daughter of the privileged McNeil family. In many ways, it is a coming-of-age story as Grady’s sexuality is exposed in the blistering heat of a New York summer.

Her everyway hair was like a rusty chrysanthemum, petals of it loosely falling on her forehead, and her eyes, so startlingly set in her fine unpolished face, caught with wit and green aliveness all atmosphere. (p. 51)

When the McNeils set sail for France, Grady is left alone in her parents’ luxurious apartment for the season, determined to make the most of her new-found freedom. The tensions between Grady and her mother, Lucy, are apparent from the start. While Lucy has plans for her daughter’s future introduction to society, Grady herself has other ideas, preferring instead to throw herself into an impassioned love affair with Clyde, a Jewish parking attendant from Brooklyn.

With his rough background and lack of prospects, Clyde is most definitely not the type of man the McNeils would approve of, in spite of his earlier stint in the forces. Closer to their social circle is Peter Bell, a charming, sophisticated young chap who has known Grady since childhood. To complicate matters further, Peter is in love with Grady, a notion that has only just begun to dawn on the young girl herself.

As one might expect, the story plays out in striking fashion, building to a startling denouement that leaves an indelible mark. The contrast between the social classes is a key theme here, as is the impetuous nature of youth, a time when everything seems carefree, untethered and lacking in permanence. For a debut novel, it’s very impressive, hinting at the greatness of Capote’s output in the years to follow. The prose, in particular, is beautiful and lyrical, perfectly capturing the passion of Grady’s emotions alongside a vivid sense of place.

She would stay all afternoon and sometimes until it was dark. But it was never dark there: the lights that had been running all day grew yellow at dusk, white at night, and the faces, those dream-trapped faces, revealed their most to her then. Anonymity was part of the pleasure, but while she was no longer Grady McNeil, she did not know who it was that replaced her, and the tallest fires of her excitement burned with a fuel she could not name. (pp. 24-25)

I thoroughly enjoyed this early glimpse into Capote’s world, a novel that elegantly explores how the choices we make in the inexperience of adolescence may have profoundly damaging consequences in the weeks and months that follow. 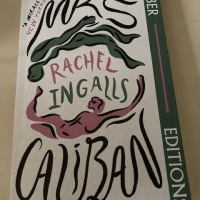